The Meadowview area has been a designated food desert for years. When I found out about the Gift of Grocery program, I realized this story has a lot of meaning for the residents of Meadowview. Daniel Wong’s passion for helping others is made clear by his commitment to providing food to his neighbors.

Free Groceries for the Whole Neighborhood

At 1 p.m. on a Thursday, the parking lot of the New Hope Community Church is packed. People with large bags and carts pour into the church’s small, white building. Inside, bread, juice, canned food and milk cover tables arranged in a U-shape. People grab a few items from the tables and then head outside, where there are boxes full of red bell peppers, watermelons, fresh green apples and other produce.

As people gather food, volunteers hand them fresh apples or armfuls of peppers. Most recipients are smiling back at them, and sometimes refer to each other by name. People crack jokes as they gather up their bags and carts.

The New Hope Community Church has been offering this free food service, called the Gift of Grocery, for more than 10 years. Pastor Daniel Wong started the program when he saw that many of his neighbors need better access to high-quality, nutritious food. For years, the Meadowview community has been federally designated in the city of Sacramento as a food desert. The nearest grocery stores are over a mile away from many residents.

Wong lives in the Meadowview neighborhood, a few blocks from where Stephon Clark was shot by police earlier this year. He was raised in San Francisco and his father, who was also a pastor, ran a food ministry service in their neighborhood.

After Wong and his wife moved to Meadowview in 2002, they talked to other residents about their hardships. They met homeless people, senior citizens living on fixed incomes and families who struggled to afford groceries. Residents have relied on liquor stores to find basic food items and toiletries, rather than stores with fresh produce and larger selections.

“It’s probably about, in order to get to a grocery store, maybe a mile to walk,” he said.

Wong and his wife decided to commit their church, New Hope Community Church, to addressing these problems. While serving as a youth pastor at another church in 2002, Wong met Rev. Michael Christian, who drove a van to deliver groceries to locals in need of them. Wong offered Christian a central location to use for the service and founded the Gift of Grocery ministry in 2007 with Christian and Rev. Edward Connor, who volunteers frequently at New Hope.

The church receives its food supply from the Sacramento Food Bank. It is raising money to buy a new truck, so that Connor and other volunteers can keep making deliveries to neighbors, Wong said.

“We pass out about 21,000 pounds of food every Thursday now and we distribute to between 200 to 300 people in line,” Wong said. “And because there’s three to four people per household on average, it comes out to almost 900 to 1,000 people a week that we give out food to.”

Volunteers for Gift of Grocery include friends of some church members and helpers from other churches.

“There’s really no way that we would be able to do all of this on our own,” Wong said. 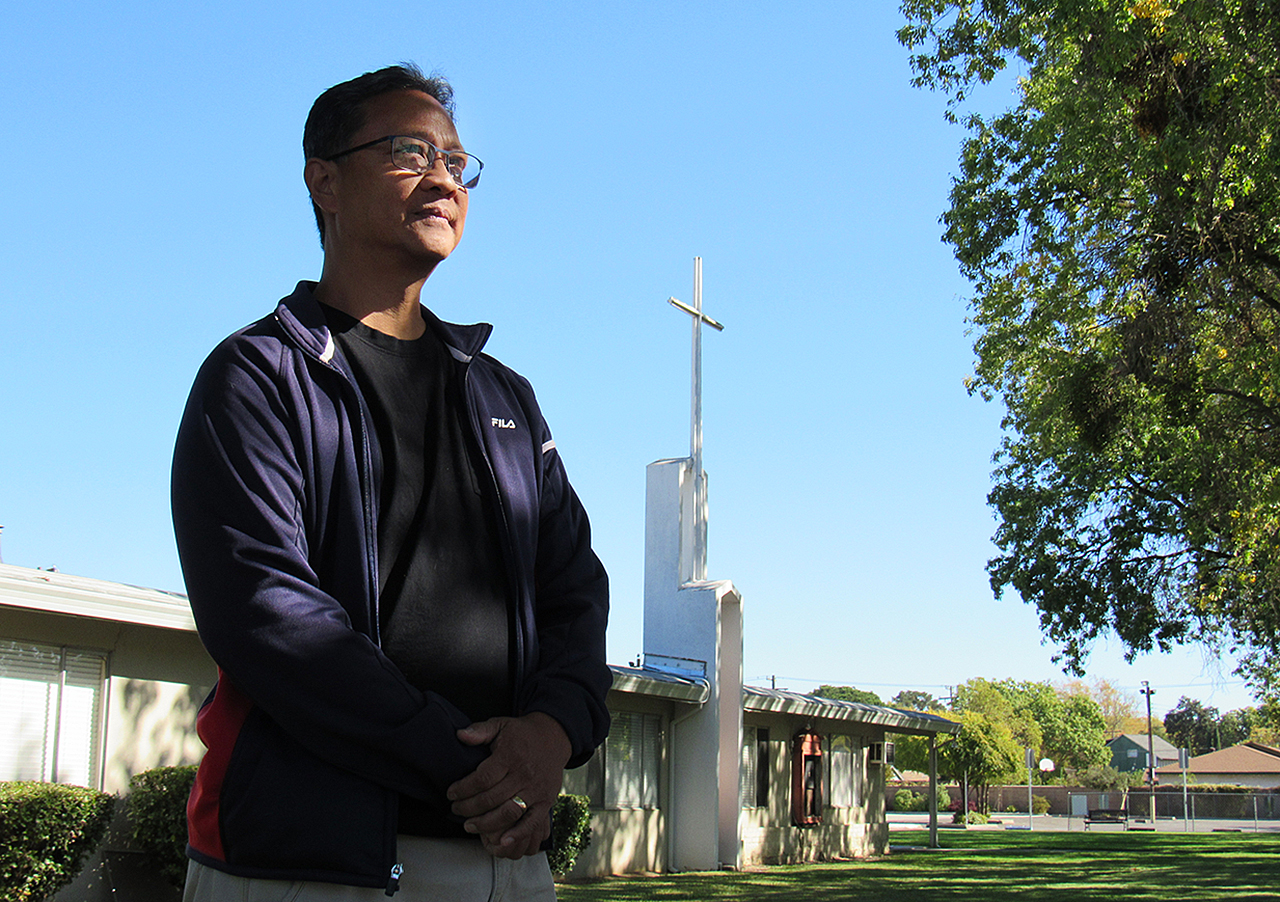 Daniel Wong is a founding member of New Hope Community Church and helped organize the Gift of Grocery ministry, a service that provides food to his neighbors. (Natalie Hanson/Next Generation Radio) 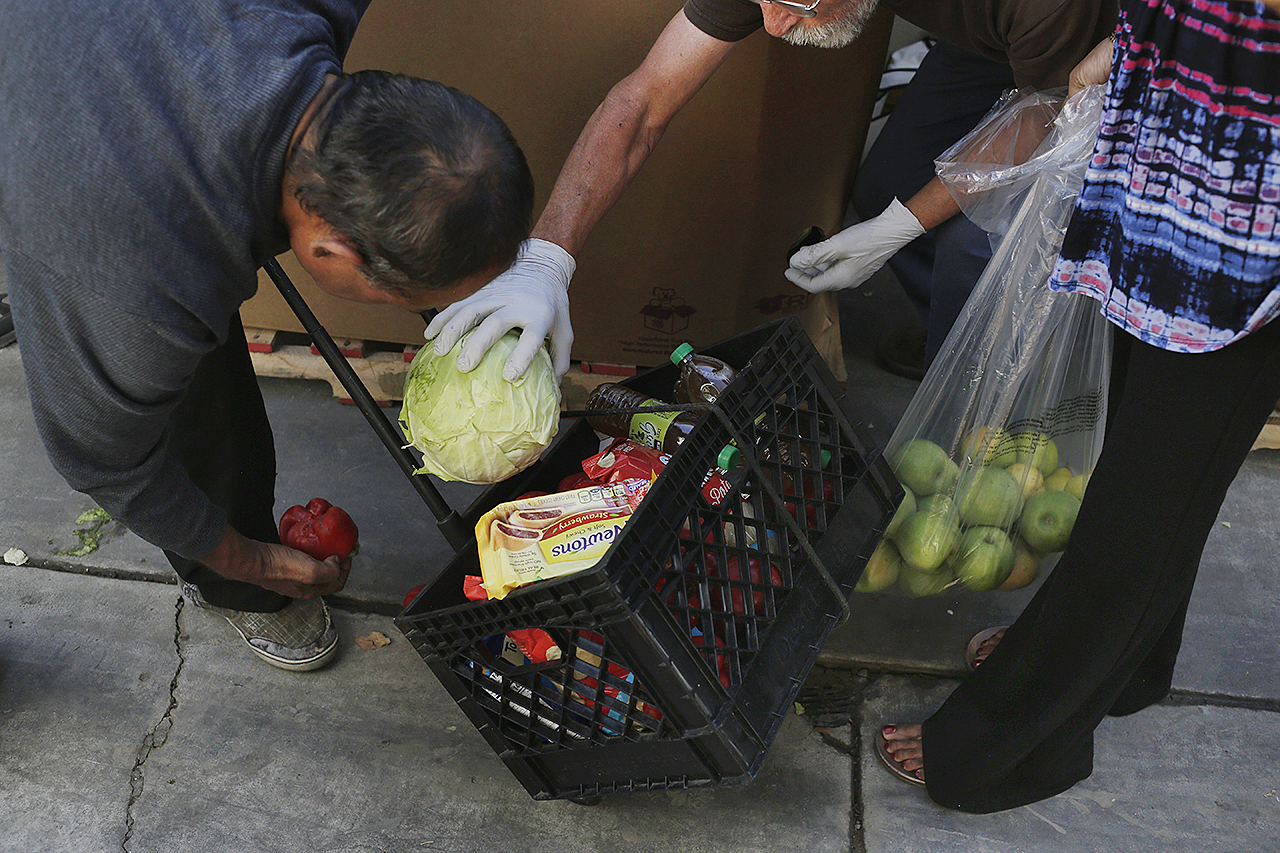 While Wong loves working at the Gift of Grocery, he said that providing a free service for his neighbors can be challenging.

“Many of the people, they may not seem thankful for it,” he said. “In fact they can have these expectations. So if you don’t have that type of bread that they wanted that week, you know, they say, ‘How come you didn’t have white bread?’”

However, he knows that the service has made a major difference in people’s lives. Wong recalled a couple who had been using the ministry for some time.

“We didn’t know where they went,” Wong said.

Then, the church received a letter from the couple. It contained a check and a note that said that the Gift of Grocery helped them when they were unemployed. The couple said they wouldn’t need to use Gift of Grocery anymore, but had wanted to give something back to thank the church for how the grocery service had helped them to get back on their feet.

These moments don’t happen very often but are part of what keeps him going, Wong said.

“This is what we feel that God wants us to do, to be able to show people his love and share his truth with them,” he said. “And we really want to do this every week.” 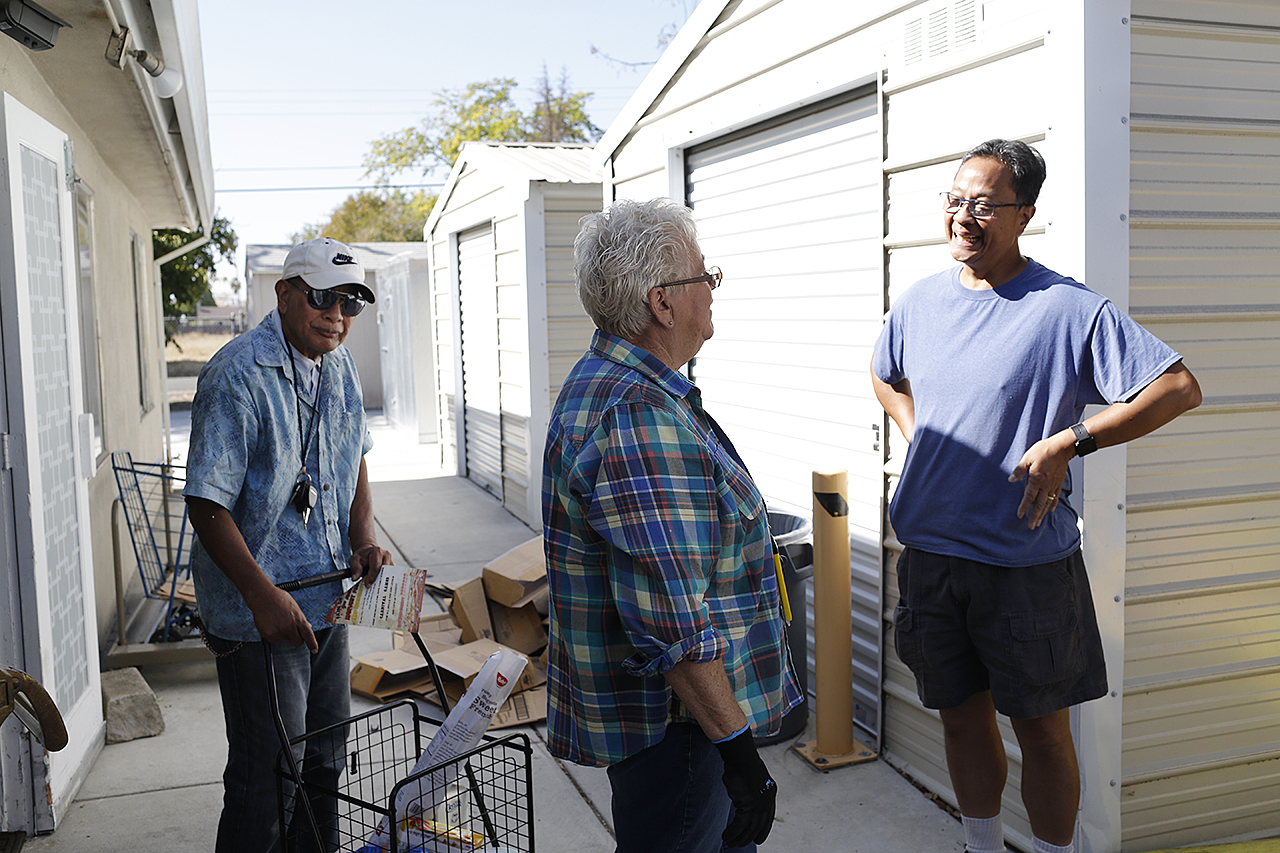 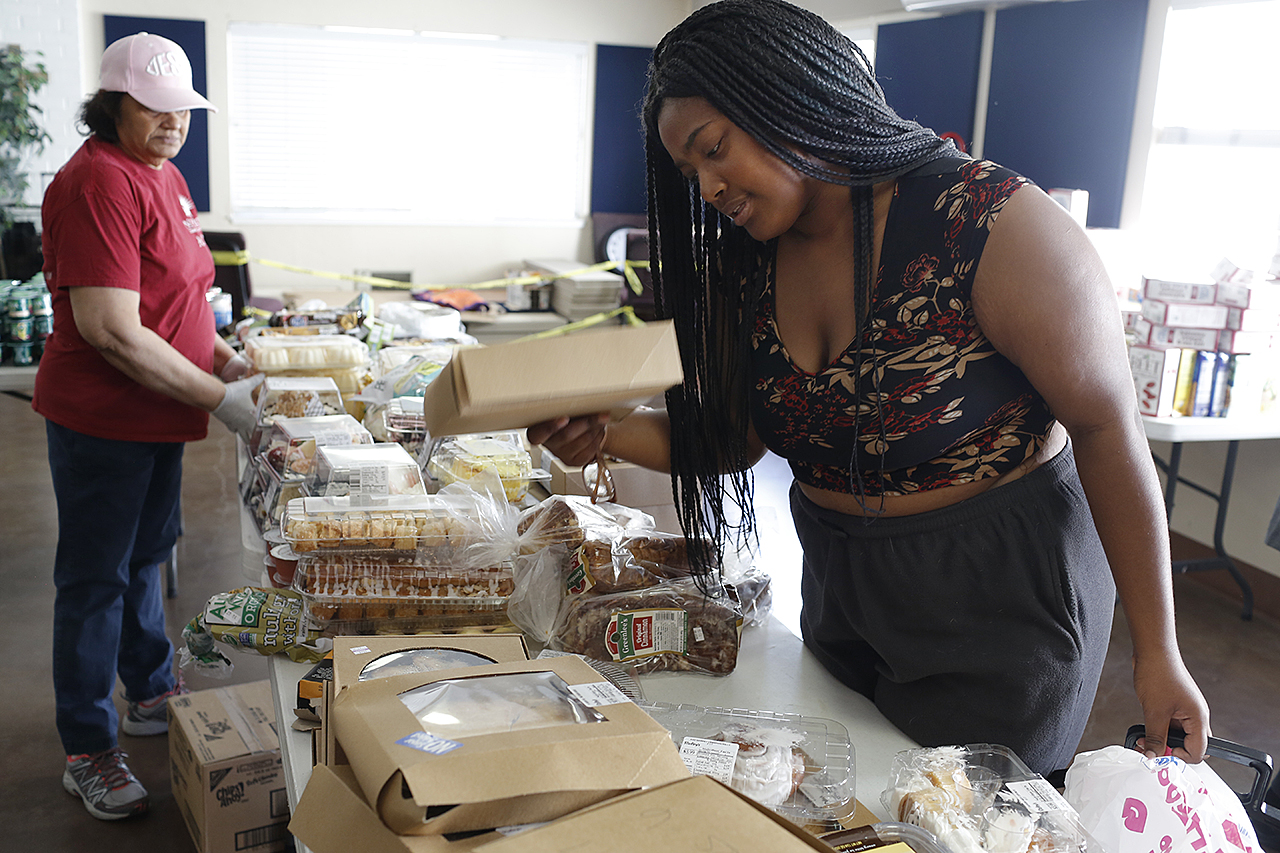 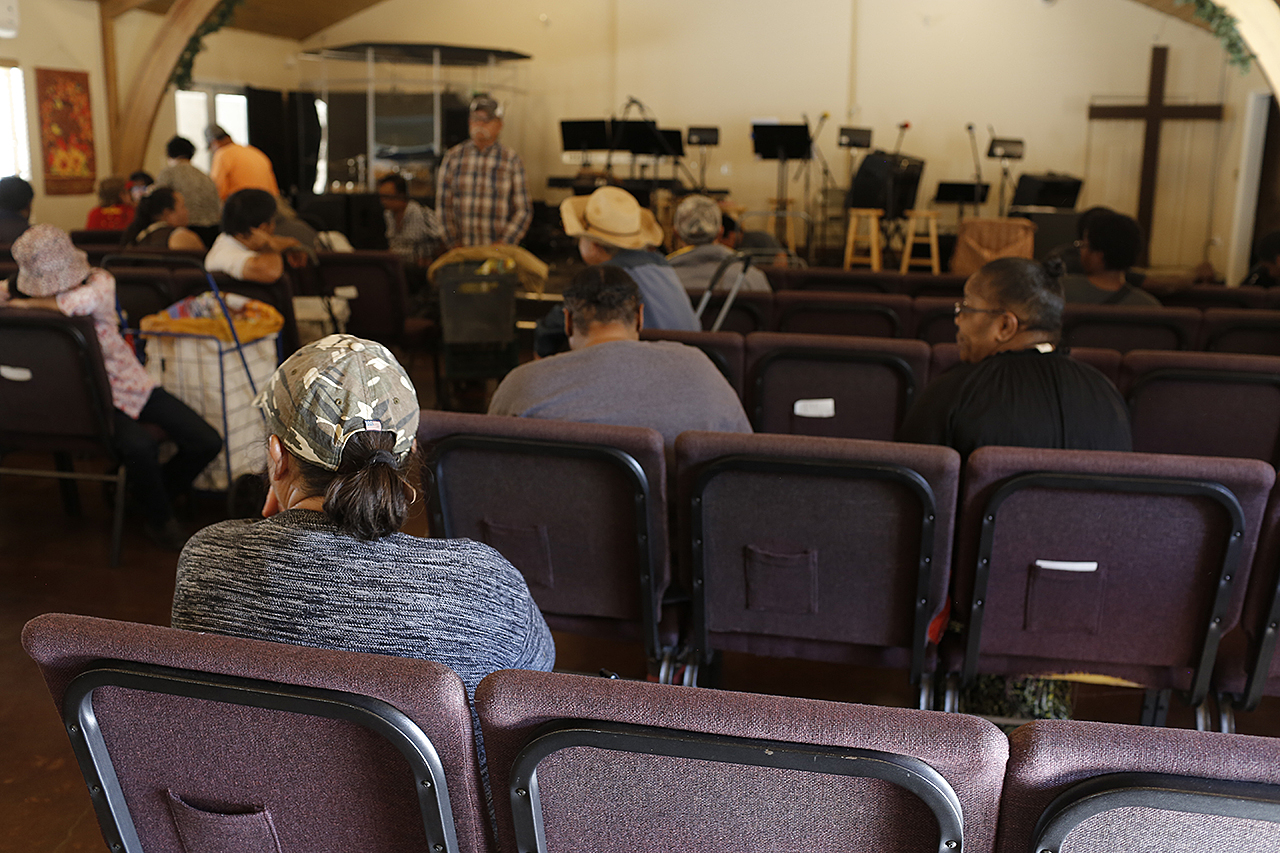 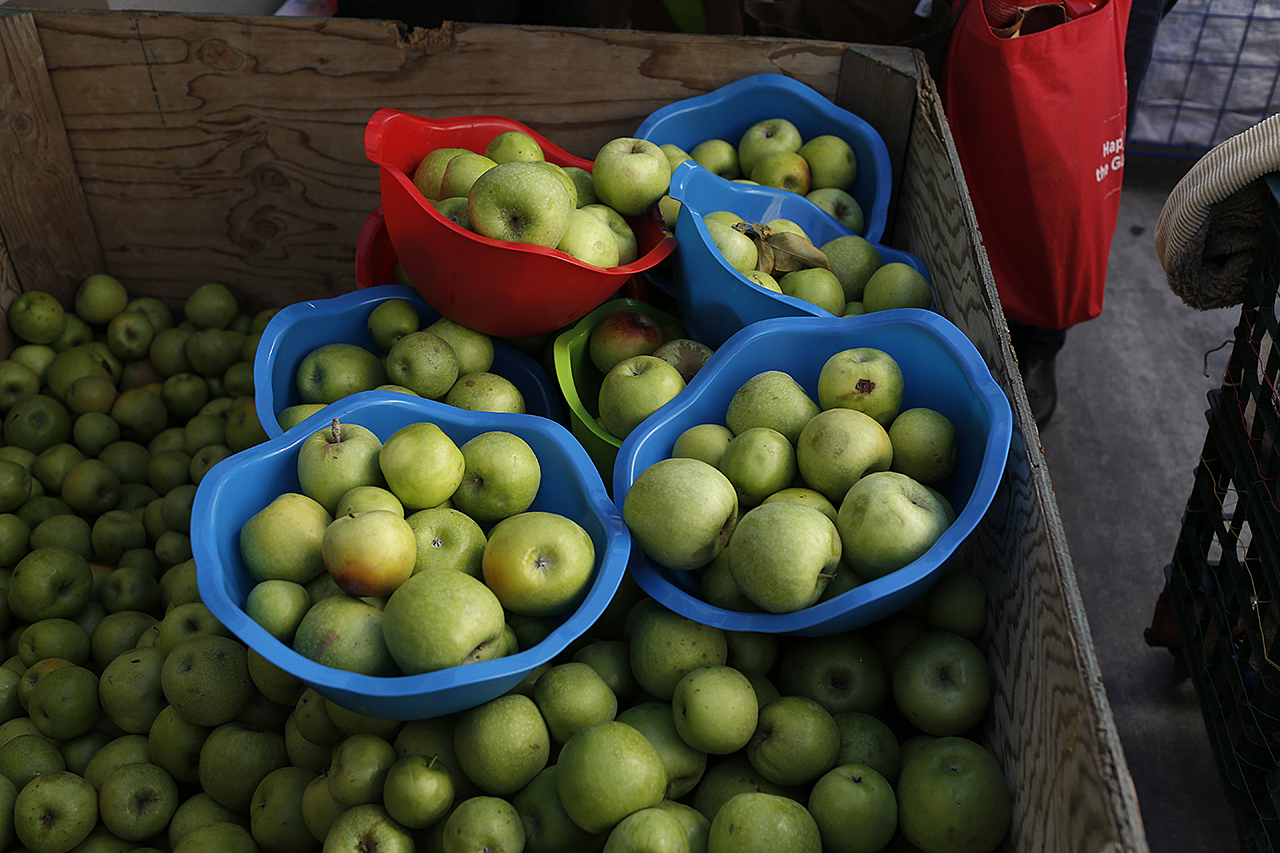