I chose to interview Robert Roots because he saw the problems in his community and thought of ways to fix it. I think he is the right person to talk to because he’s a Meadowview native who knows the area and knows what challenges kids face. He volunteers to coach basketball, teaching valuable lessons that go beyond the court.

A Meadowview man is using sports to improve the future of kids in the south Sacramento neighborhood and redefine the reputation of the place he calls home.

For the last decade, Roots has been aiming to change life in his neighborhood for the better. His recipe? Focus on kids, love and basketball.

His decision to coach stems from Roots’ own childhood experiences in Meadowview, as well as recent events that have cast a shadow over the neighborhood.

In March, police shot 22-year-old Stephon Clark to death in his grandmother’s backyard. Autopsies showed that Clark, who was unarmed, was shot multiple times.

“The Stephon Clark shooting had a lot of impact on the kids because … they see it as a troubled community, and they see the police come and harassing kids — black kids, black people,” Roots said.

Some of the kids who join the basketball team come from single-parent homes, Roots said. Some see him as a father figure, calling him “pop-pop” or “old man.”

Roots carries the titles with pride. He’s lived in Meadowview since the 1980s. Growing up, he saw his share of crime and drug use, which often kept children from visiting parks during certain times of the day, he said.

Today, the neighborhood kids have an open invitation to his own home, which Roots shares with his three sons and a daughter. His home on Highbridge Way is a landing spot where kids can count on eating, playing or sleeping. 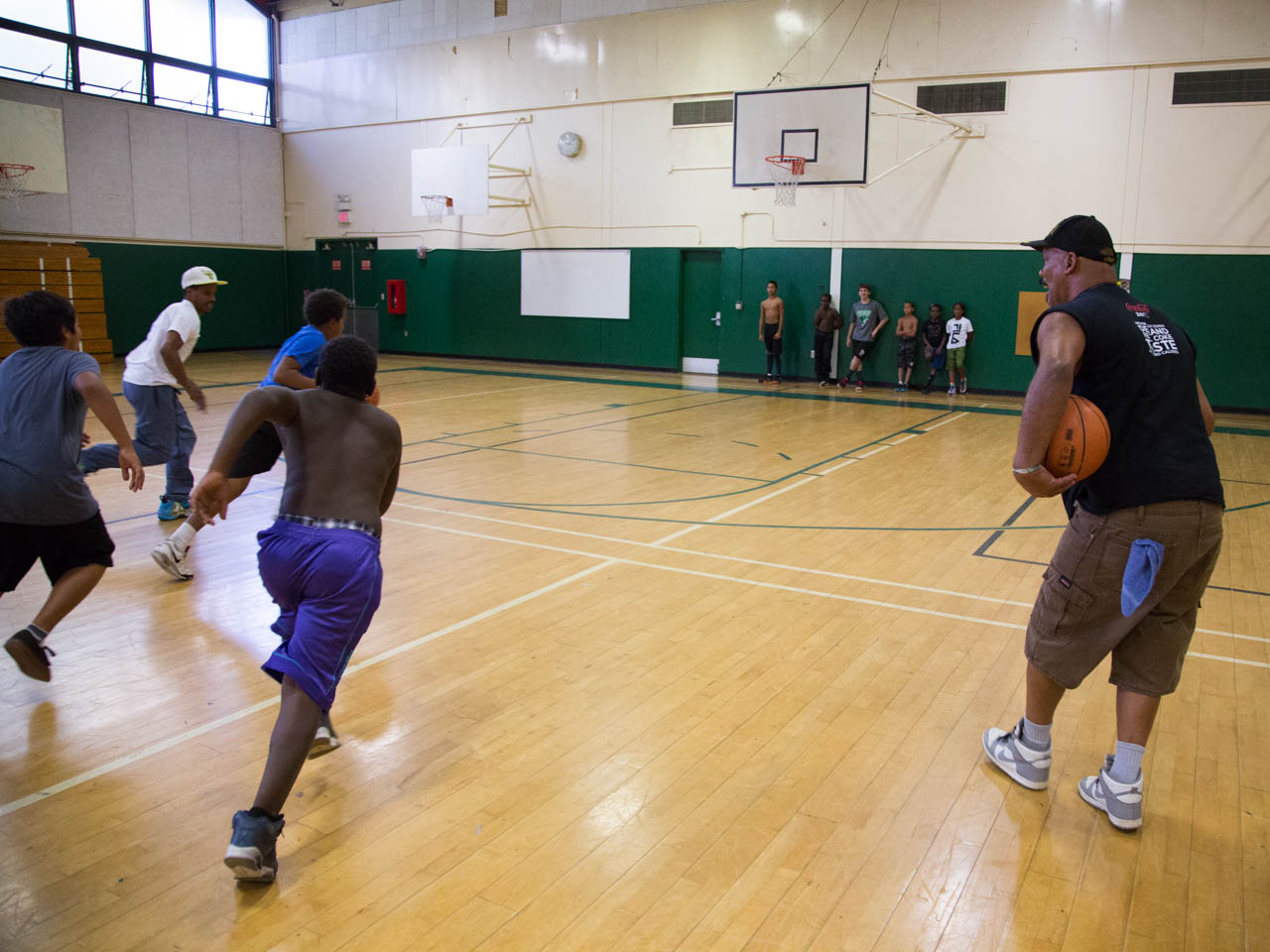 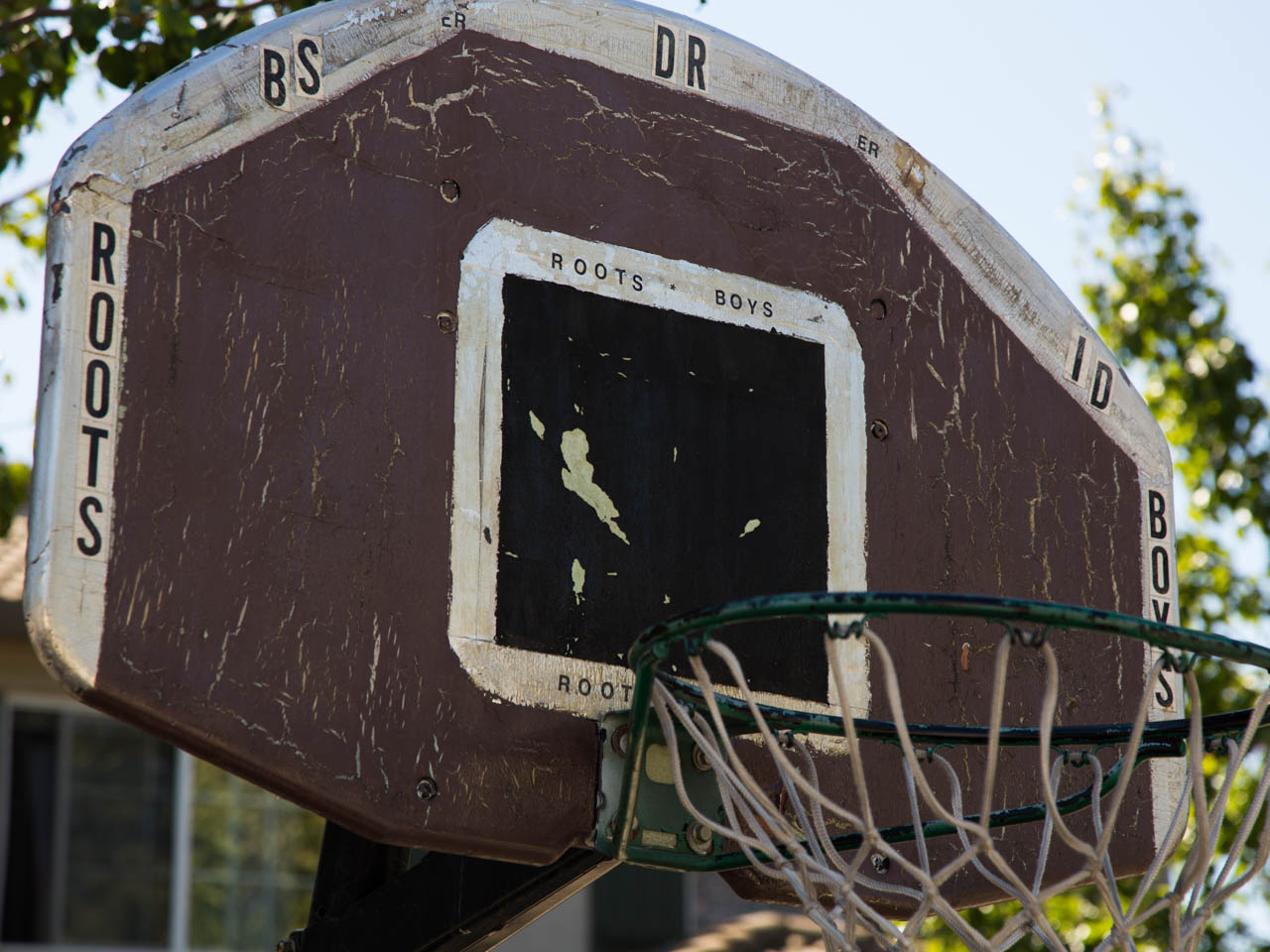 “They come in and just go for it,” Roots said. “I make them special dinners. They love cereal and cookies. … They love noodles and chips.”

Roots also helps kids grapple with trauma. One boy who was particularly fond of barbecue suddenly stopped showing up at Roots’ home as he normally would.

Eventually, Roots learned that the boy’s older sister had been shot and killed.

“He really didn’t open up to me at first,” Roots said. “But then once I talked to him. … He started playing basketball here and he got a lot better, eased his mind, and he’s comfortable now. He deals with a little bit better now.”

Roots, a disabled veteran who retired about 20 years ago, focuses on firm teaching. Even though the kids come ready to shoot hoops after school, Roots takes the opportunity to teach them the importance of following the rules and respecting others. So far, he’s proud of the results.

“I had a couple kids come to me, one of them gave me … his cigarette lighter,” he said. “Another one gave me a pocket knife and said, ‘Hey coach, I don’t think I need this.’ ”

Roots said he also makes sure the kids get tutoring if they’re falling behind in school, and he provides a place to talk about issues they face.

The team earned the privilege of continuing to play at Genesis Missionary Baptist church after the kids helped clean the restrooms and pick up trash.

Roots gets a veteran pension that helps him pay the bills. Though it’s not a substantial amount, he said he lives life comfortably knowing he’s helping raise Meadowview’s children.

“It’s up to us to make a change,” Roots said. “That’s why I work with the kids. That’s why I tell them, just (because) you’re from the hood, don’t mean you have to be hood.”

That’s the result one year later of Roots’ continued volunteer work on behalf of young Meadowview kids. He says his basketball practices consistently attract 25 to 30 students after school. In addition, other after school activities like flag football, dance and drum lines continue to see a high rate of students.

Roots’ after school basketball team won its second league championship in a row during the summer. The latest trophy stands in Roots’ living room. He says he looks at it every day and it serves as a reminder of the hard work he and the kids put in while avoiding the streets.

The team once again got to travel out of Meadowview to practice and play their winning match at the Golden One Center in downtown Sacramento.

Roots said challenges remain in the community — break-ins, robberies, fear of the police. But at the same time, the neighborhood is buzzing with positive activity. A new school is set to break ground that will aide the nearby charter high school that prepares students for college. And, the community center continues to provide opportunities for young kids to interact with each other and even with older neighbors and authorities during events.

The mayor and even The Rev. Al Sharpton have visited the community as efforts continue to “clean it up” and move forward, Roots said.

The church in the neighborhood also continues to be a vital resource, providing a community gym for students to practice their basketball.

Roots doesn’t plan to stop his volunteer work with the children anytime soon. “I can’t see myself not doing it” he says.

He added that he asked himself in front of his children what he would be doing if he wasn’t giving attention to the neighborhood kids.

“I couldn’t come up with an answer … They keep me going,” he says.