This story seeks to capture the complexities and nuances of race for a father of biracial children, and how raising children in a diverse community like Meadowview had a positive impact on the family.

Paul Blanco’s son’s features began to look unfamiliar when he turned 13. It was middle school when Nicholas Blanco’s hair began to curl.

“His hair used to be like mine,” Paul Blanco said. “And then it looked like he got his fingers stuck in a light socket.”

Blanco is a white father of two biracial children and a longtime Meadowview resident. His kids, Briona, 21, and 24-year-old Nicholas – who goes by Nico – are Spanish, English, French and black.

Raising Nico was difficult for Blanco – but not necessarily because he was biracial. Nico struggled with separation anxiety. “I didn’t see much of a difference whether not he was black or white,” Blanco said. “If he would have been green he would have been freaking difficult.”

Still, Blanco recognized there would be certain challenges and difficulties about being biracial that he would not fully comprehend. “I understood that there would be some challenges that I didn’t understand,” he said.

Blanco has a strong relationship with his son. While race never strongly influenced that relationship, Blanco had to confront the issue of race constantly with a biracial family.

In restaurants in Louisiana, patrons would stare at Blanco dining with his black wife.

“And my wife would stand up and go to their table and tell them, ‘what the hell are you looking at?’”

And as a child growing up without supervision, I ran from the police on a regular basis and thought it was fun.

When Blanco briefly lived in a wealthy community with his children, his neighbor’s kids were ordered not to hang out with Blanco’s children and the friends who frequented the Blanco home.

“The neighbors were somewhat concerned about the kids that hung out at my house,” he said.

Then there was the shooting death of Stephon Clark, an unarmed black man who was shot and killed by Sacramento Police in his grandparents’ backyard in Meadowview, where Blanco has lived with his family for the last 20 years. The shooting prompted Blanco to have a conversation with his son Nico. He knew Clark and frequently went to parties with him.

“And as a child growing up without supervision, I ran from the police on a regular basis and thought it was fun,” Blanco said. “To picture my son in his hoodie, you know, running or jogging … and then being chased – and then decide to run because he thinks it’s fun – that’s a scary thought.” 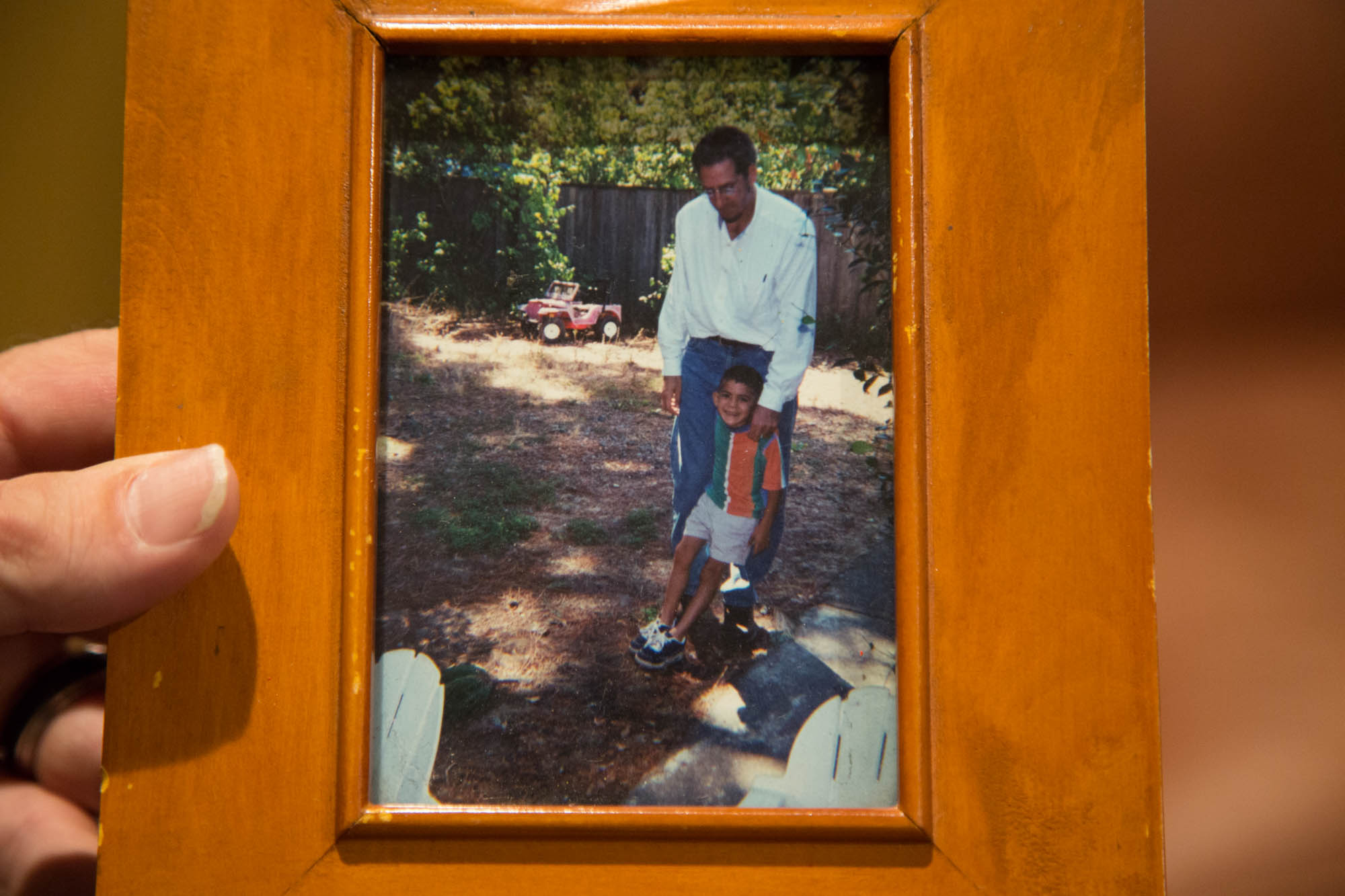 Paul Blanco explains that his 24-year-old son, Nico, pictured at age five, looked like both his mother and father, but began to embrace his black heritage as he grew older. (Erika Soderstom/Next Generation Radio)

Clark’s death drew out hundreds of protesters to the streets of Sacramento. “Say his name,” followed by “Stephon Clark,” echoed throughout the capital. Media attention followed, casting a negative light on the community, Blanco said.

Meanwhile, Blanco started to see how the shooting was changing the community – and himself – in a positive way.

“I think it has brought people closer,” Blanco said. “There’s a bigger separation, but that separation was probably already there. But now it’s identified, and something that can be worked on.”

Blanco sees the shooting as a watershed moment for Meadowview. In fact, he thinks its changed the community so much that he doesn’t believe the tragedy will repeat itself.

“To be honest with you, I think that the community has come together and I think that the police department, the authorities, everybody knows that this is an absolute tragedy,” Blanco said. “And I think there’s going to be a huge impact on South Sacramento in a positive way.”

The things Blanco loves about Meadowview, however, remain the same – the diversity, the community spirit, the neighborhood’s ability to bounce back from tragedy.

“I like the fact that when someone has very little and they can exhibit joy,” Blanco said. “The people are real. I think that is the place that I would rather be.”